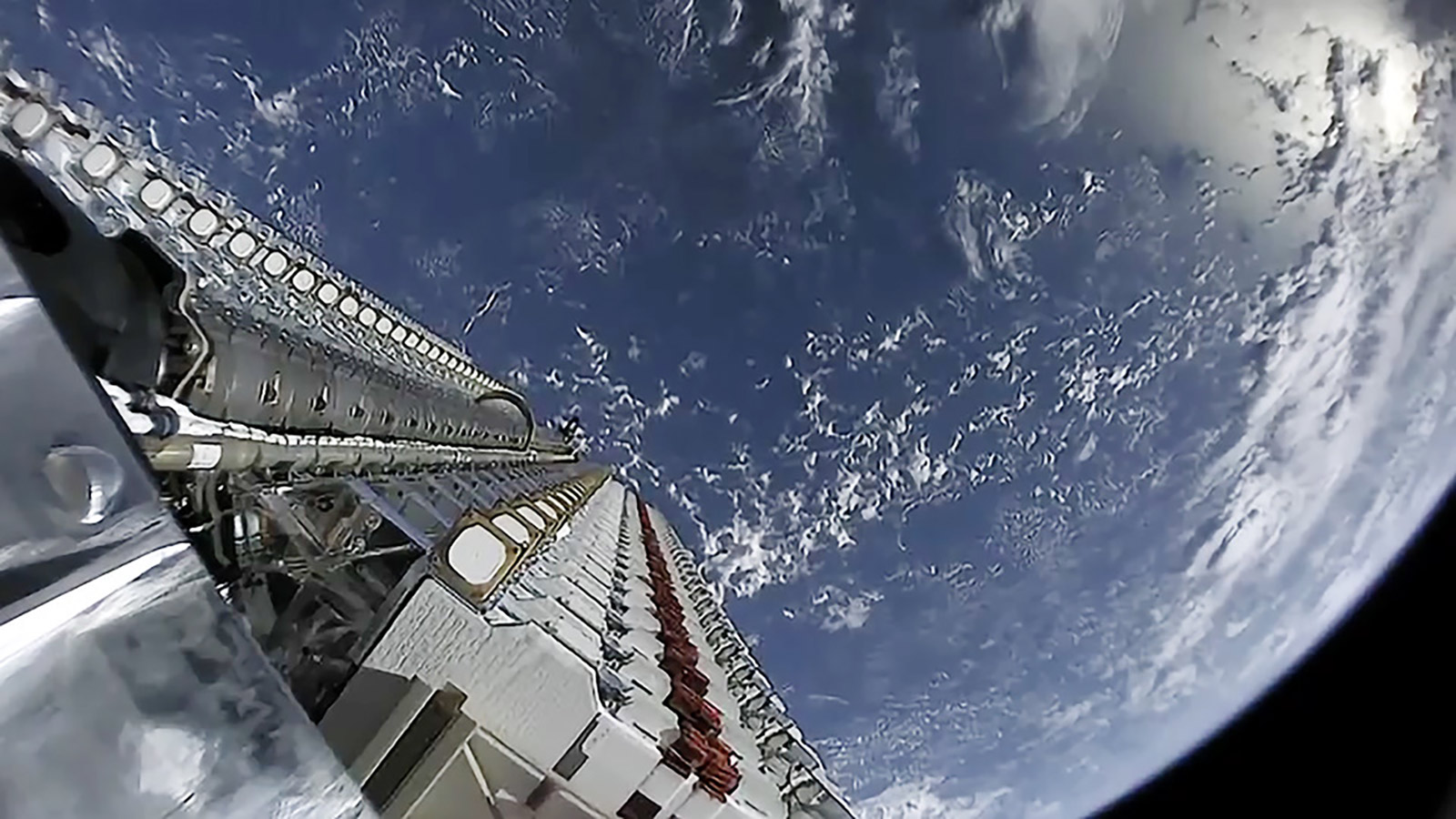 A geomagnetic storm caused by solar activity took out 40 of SpaceX’s Starlink satellites last week, highlighting the risk that solar storms present as we continue to clutter up low Earth orbit.

SpaceX revealed the mishap earlier this week in a blog post on its site, saying that while the solar storm event didn’t directly wreck the satellites itself, it essentially slammed the brakes on their orbit, causing them to fall back into Earth’s atmosphere.

“These storms cause the atmosphere to warm and atmospheric density at our low deployment altitudes to increase,” SpaceX said. “In fact, onboard GPS suggests the escalation speed and severity of the storm caused atmospheric drag to increase up to 50 percent higher than during previous launches.”

Fortunately, the loss of the satellites poses no danger to those of us on the ground or threatens other orbiting satellites, since the solar event occurred when the satellites being deployed were much lower than the standard orbiting altitude for most low Earth orbit (LEO) objects.

“The deorbiting satellites pose zero collision risk with other satellites and by design demise upon atmospheric reentry—meaning no orbital debris is created and no satellite parts hit the ground,” the company said. “This unique situation demonstrates the great lengths the Starlink team has gone to ensure the system is on the leading edge of on-orbit debris mitigation.”

Analysis: it’s a dangerous business, stepping out our front door

For nearly all of human history, humanity has been enveloped in a protective magnetic field that keeps the highly charged particles blowing off the Sun from effectively sand-blasting our planet’s life-sustaining atmosphere further out into space.

For us on the ground, our long-standing interaction with solar winds come in the form of auroras in the northern and southern latitudes, but that has been about it.

It wasn’t until the invention of electrical and electronic equipment that we suddenly had to worry about the effects of solar storms, since sufficiently powerful coronal mass ejections from the Sun are powerful enough to overwhelm Earth’s magnetic field and cause significant – even crippling – damage to a lot of our modern telecommunications and technological infrastructure.

This has been the kind of concern that was always bubbling in the background for engineers and scientists, but it never really became a pressing issue until recently. Once humanity began traveling into space, we found we had less and less of that magnetic shield protecting us.

And let’s be clear, that magnetic field is enormous. You would have to travel tens of thousands of miles away from Earth to fully escape its protective bubble.

Still, just a couple hundred miles above the surface, the effects of the solar winds are more powerful than they are on the Earth’s surface, so even putting satellites into orbit comes with all kinds of unforeseen risks.

As we begin to commercialize and populate LEO with satellites, spacecraft, and commercial space stations in the next two decades, the solar weather report is going to be far more important than it’s been previously.

We’re likely going to lose more equipment to space weather in the decades ahead, and we’ll probably even end up seeing the loss of human life in orbit for the first time in our history.

The Sun is currently ramping up towards the most active phase of its 11-year cycle, which is expected to peak sometime in 2025. That is right around the time when many private companies like Axiom Space and SpaceX plan to deploy a lot of LEO infrastructure.

Going forward, it will be more important than ever to keep an eye on the Sun, or else we could end up with a far worse calamity than losing a few dozen Starlink satellites to the atmosphere.